In the depths of the winter, thinking nobody would be outside much, I asked for sightings of indoor wildlife – hardly anything was reported!  But now??  A Bat hanging onto the curtain in Newnham. Maybugs (cockchafers) galore, crashing into windows unable to escape (of which more later). A Large Yellow Underwing moth Noctua pronuba in a sitting room, alive and well. A Wood Pigeon in the bedroom at 4 o’clock in the morning, with two excited cats! And Swifts, on CCTV in internal boxes. Perhaps like us, they are all trying to escape the heat wave, which is beginning to resemble 1976. 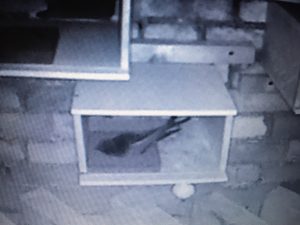 Then in gardens, more excitement.  A 2-3ft Grass Snake swimming in a small garden pond in Barton Rd. A female Stag Beetle under a flowerpot. A grounded Swift, much water out of the pond and  another excited but puzzled cat. The swift was released from the top attic window and off it flew. (The cat survived too, I believe.)  Daily Hedgehog visits in Hartford St and Victoria St, though not in Newnham, where George seems to have gone to ground. A pair of Crows on an aerial, being seen off by the dive-bombing tactics of a pair of Jackdaws. Finally, some Fox Cubs in Millington Rd.

Various plants have been reported. We have two invasive nuisances: Himalayan (Indian) Balsam clearance is in progress, so if you see any, pull it up before it seeds.  The Floating Pennywort clearance carried out last year has been hugely successful, but there are still small strands about and vigilance will be needed to eradicate it.

The Adams Rd Sanctuary now has several plants of Corky-fruited Water-dropwort, two flowering spikes of Ivy Broomrape and one plant of Hemp Agrimony. Yellowwort and Centaury have been in flower along the Tins cycletrack. Trumpington Meadows is awash with wild flowers, a real success for such a recent wildlife reserve. We saw a Pyramidal Orchid, Water Figwort near the river and this spectacular seed clock of Salsify. The arrangement of the parachutes and seeds gives maximum opportunity for each to disperse in different directions. Lovely geometry! 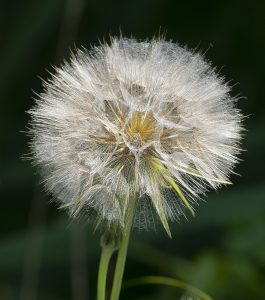 On 20th June, Cambridge Natural History Society had a walk round the Chesterton Railway Sidings, near Cambridge North station and found plenty of unusual plants growing on this derelict industrial area. Most spectacular was Hoary Mullein (Verbascum pulverulentum) with abundant candelabra-like inflorescences. It was growing with both Common and Twiggy Mullein (V. thapsus and V. virgatum), so there could also have been hybrids. A pretty but small plant was Pale Toadflax (Linaria repens), which is quite uncommon in Cambridgeshire. 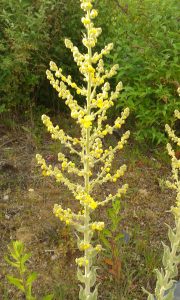 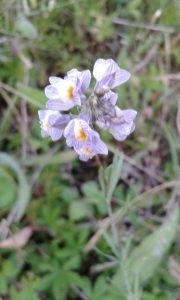 Although concentrating on plants, they did notice a very fine Musk Beetle, Aromia moschata, on a bramble leaf near the Bramblefields Nature Reserve. 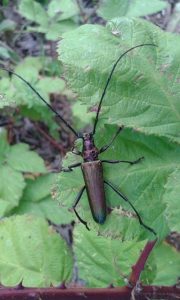 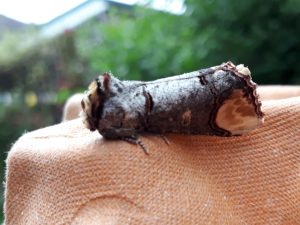 A magnificent Privet Hawk-moth arrived at my door, having been found dead in the road. 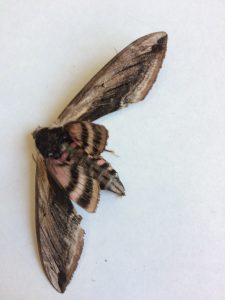 This rather handsome Ichneumon Wasp Diphyus quadripunctorius found in Langham Rd has very few national records and this is a first for East Anglia. 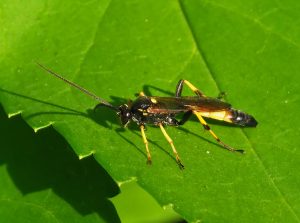 Even flies get a turn this month: Paul’s Little Snipefly Chrysopilus asiliformis, with wonderful green eyes, and a jaunty pair of Sicus ferrugineus, spotted at Trumpington Meadows. 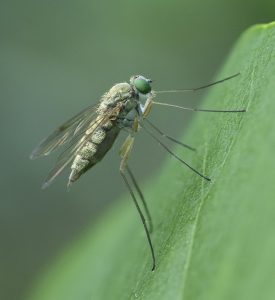 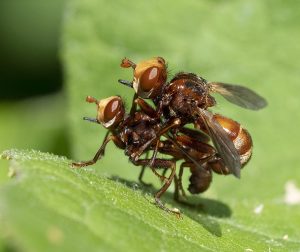 A visit to Cherry Hinton pit turned up lots of Cockchafers. These are a pest in many gardens, including the Botanic Garden, as the larvae eat the grass roots and are sought by badgers, crows and magpies which ruin the lawns. I met a pair of young men in a pub, complaining about chafers – they turned out to be groundsmen employed to maintain sports pitches. Apparently, they can only use nematodes against the larvae and they are not very effective.

Lots of butterfly reports, including Comma, Meadow Brown and Ringlet. At Trumpington Meadows we saw Small Heath and also several Marbled Whites – a new one for me. 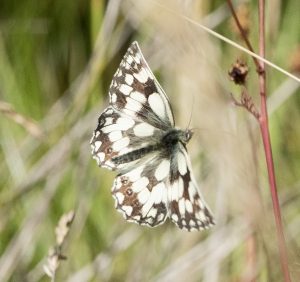 On the whole, the birds have gone rather quiet! Feeding and defending youngsters must take most of their energy. The Swifts, however, continue to scream around the sky. They are using nesting boxes in both Newnham and Chesterton. CCTV shows the parents returning to the nest every 3-4 hours with a full crop to feed their two chicks, then resting a while before taking off again. Skylarks and Yellowhammer were singing over the Grantchester Fields, indicating good farming practices. Vicky reports, “All quiet in Highsett save for a family of Jays, the teenagers still being attended by an overworked parent”. Jays quiet?? Really!! Then Susanne mentions a Mismatch in Paradise Fen (she actually meant Nuthatch… but was auto-mis-corrected).

And finally, from our expert in smuts and rusts, two extreme rarities.  The brown dots on this leaf of Moon Carrot (Seseli libanotis) are the very rare rust fungus Puccinia libanotidis. The Moon Carrot is one of the well-known flowering plant rarities of Cherry Hinton and the rust is even rarer, only known in Britain from Cambridge and from the Sussex coast.

Not content with that, he tells me that the downy mildew Peronospora knautiae was found in Trumpington Meadows, forming conspicuous red dots on Knautia arvensis (Field Scabious), apparently only the second British record (it was recorded from Wiltshire in 2015). Thanks Chris.

So, a busy and productive month – thank you to all observers and please keep them coming.