High summer!! A alternating mixture of rain and heat has provided an excellent growing season and some spectacular flowers. In my garden, bumble bees are investigating the honeysuckle and foxglove flowers. In particular, the Common Carder (Bombus pascuorum) and the Garden Bumblebee (B. hortorum) have long tongues and are able to reach into the deeper flowers. I have also seen the Early Bumblebee (B. pratorum) here.

In Paradise, there is a nest of Tree Bumblebees (B. hypnorum), recognised by its combination of ginger thorax, black abdomen and white tail. The nest is in a willow tree about 8 ft off the ground and is patrolled by ardent males, waiting for the virgin queens to emerge. These bumblebees are relative newcomers to UK, having arrived only in 2001 from Continental Europe, but are spreading widely and have reached both Ireland and Scotland.

In the heat, the river is a popular place to swim. However, there is a warning of the “river itch”, especially on hot days. This is caused by the larvae of a flatworm, whose primary host is a snail. The free-swimming larvae seek their secondary host, a duck, but may mistakenly attack a swimming human. Apart from an irritating rash, the larvae are harmless to us.

There seem to be exceptional numbers of singing Blackcaps and I am also hearing Chiffchaff locally. The Song Thrushes are still vocal and a little pile of broken snail shells indicates where they are feeding.  Skylarks sing over the Grantchester fields, but I have not heard a Yellow Hammer there this year. The local Herons are noisier than ever, now that the young are hatched and courting is overtaken by childcare duties.

In the house, I disturbed a very large House Spider (Tegenaria domestica). I left him there, hoping his diet includes my current plague of Clothes Moths. There seem to be very few flies for him this year. A recent publication* states that there has been a 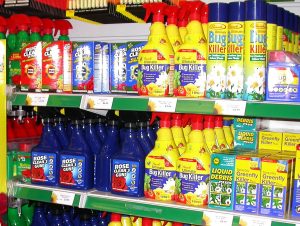 decline of about 80% in the biomass of insects over the last few decades (since 1989). I wonder why?