I’ve just entered into my second year of moth trapping and recording, mostly in my garden in Chesterton. During 2017, I encountered an astounding 197 species of moth in my suburban garden! If I’d been told one cold morning last January, as I forlornly inspected my empty trap, that – over my first year of recording – I’d see so many subtle, beautiful, shiny and even downright cute and furry insects, I wouldn’t have believed it!

My moth trap definitely ranks as one of my best-ever Christmas presents and over the past year, it’s given me all sorts of unexpected insights into a fascinating and diverse group of animals, of which I had very little prior knowledge. 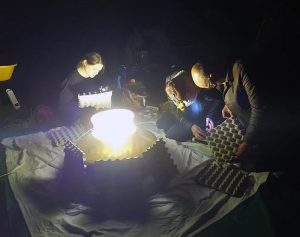 Moth traps do not kill moths and neither do moth trappers! The traps are essentially bright light sources, usually with a quite high UV component, which for poorly understood reasons, attract many species of moth. The moths settle in or around the trap and usually stay until daybreak. This means that they can be carefully retrieved, identified and recorded, before being gently released to continue going about their mothy business. Regular trapping provides snapshots of the local moth population and over time, these records can help to highlight changes in populations which might indicate changes in the environment. Moths are an important indicator of habitat health because both the larvae (caterpillars) and adults are critical to the diet of many birds and mammals.

Even though we are still in the quietest part of the year for moths, there are a surprising number of super-adapted species which tough out the very coldest months of the year. 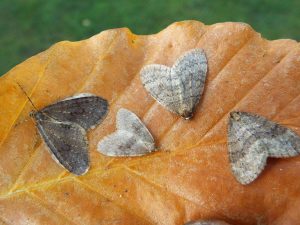 Individuals of the rather unassuming and delicate-looking Winter Moth (Operophtera brumata) are still on the wing, as they have been since late November. Don’t underestimate them. They, along with the rather similar-looking Early Moth (Theria primaria), are among the tough guys of the Lepidoptera who brave the winter cold. Their body fluids contain a chemical antifreeze that enables them to fly even when the temperature plummets to freezing. Other moths you may see in traps or coming to lit windows are the Mottled Umber (Erannis defoliaria) and Dotted Border (Agriopis marginaria). 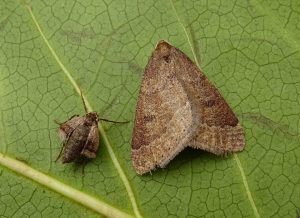 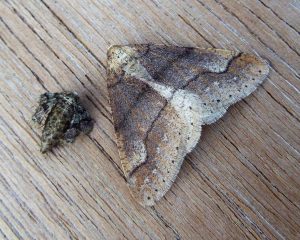 One adaptation that many of the winter-flying species have in common is that only the male moths have functional wings. The females are flightless and rely on a chemical lure (pheromone) spreading from where they sit on their larval food plant, to attract potential mates to them. It’s a good time of year to explore broad-leaved trees and shrubs including oak, sycamore, silver birch, apple, willow and hawthorn with a torch to look for the tiny, beetle-like females (8 – 16mm in length) as they make their way up the trunk in the early evening darkness. 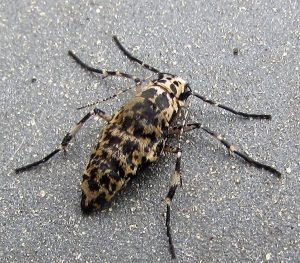 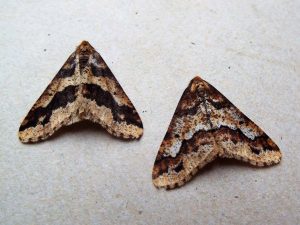 We’re not really sure what the Cambridge populations are like for these species (along with many others which fly later in the year) as there are few people moth trapping in the city area, or at least who are submitting records!  If you have any moth records to share for 2017 or earlier, please get in touch with Bill Mansfield, the Cambridgeshire Moth Recorder, via VC29@elymoths.org.uk

If you’d like to find out more about moth recording or to get involved with moth surveys for this project, please let us know. We’re hoping to begin to extend our understanding of the moth populations of Cambridge over the coming year.